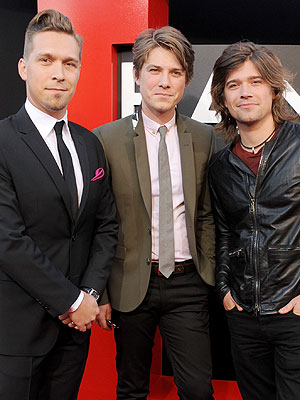 The Hanson brothers are many things: musicians, fathers, philanthropists … and beer sommeliers?

Well, they try their best.

As Taylor explains the beer’s brief history, Zac quickly interjects, “We should drink some!”

Ignoring his brother, Taylor pours some ale into a glass and asks Isaac, “What comes to mind when you taste this, besides magic and unicorns?”

“Mmm, hops,” jokes Isaac who, judging by the generous “taste” he took, clearly enjoys the brew. After Taylor presses him to describe the beer, Isaac calls it, “a very malty pale ale. It’s got a nice, lively nose to it.”

“This is a very good introductory pale ale for those that are not familiar with craft beer,” he continues.

But the brothers’ serious tasting discussion only lasts so long.

“As a musician, what kind of notes does this beer have?” asks Zac.

Watch the brothers pour one on here — and when they host the Hop Jam beer and music festival in their native Tulsa, Oklahoma on May 18th, featuring their own beer and music, plus other local breweries and bands.