Who listens, 16 years after MMMBop hell to Hanson?

Hanson, you know, from the catchy MMMBop , was the day before yesterday in the great hall of 013 . This raised a number of questions to mind , such as: who the hell goes to a concert in 2013 Hanson ? And how can a band that scored a hit , sixteen years ago , the great hall of 013 fill in Tilburg ? Are we all looking at it as nostalgia , we seize every reason to find it ? That ‘s what I thought . But I came back on .
It turned out that I was skeptical . Hanson is an even super fans . Hardcore fans . Fans that half the world traveling to see them perform their idols. Fans that a sloppy three thousand dollars to leave the merch booth ( the silver chains of 40 euros each were sold out within an hour ) . The nostalgia addicts were hard to find. And it turned out that fans of Hanson all normal people . No types that are stuck in the past, but people who can enjoy simple things , like three brothers playing happy songs . And there’s nothing wrong with that . 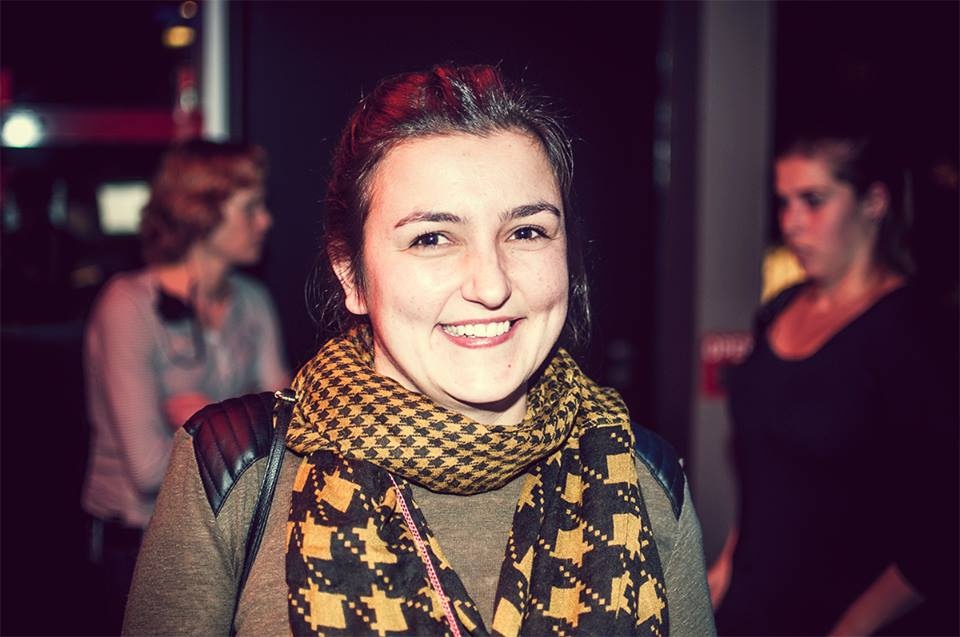 Hey, can I ask you something? Are you a Hanson fan?

Yes, but in the past more than now. When I was fourteen, I was crazy about Hanson. Their album Middle of Nowhere have I turned completely gray.
Do you remember where you were when you first heard MMMBop?

Phew, no. We then hung out quite often at the skate plaza, so perhaps there. But I listened most to Hanson at home in my room. Then, just dancing.
I got that. Can you tell me what the fans of Hanson have in common?

Nothing really, just look around you. There are so many different people here walk around. I think the only thing they have is that they are all so between twenty-five and thirty-five common. Oh and all the guys you see here, his friends who were obliged!
That seems to me too. Thank you! 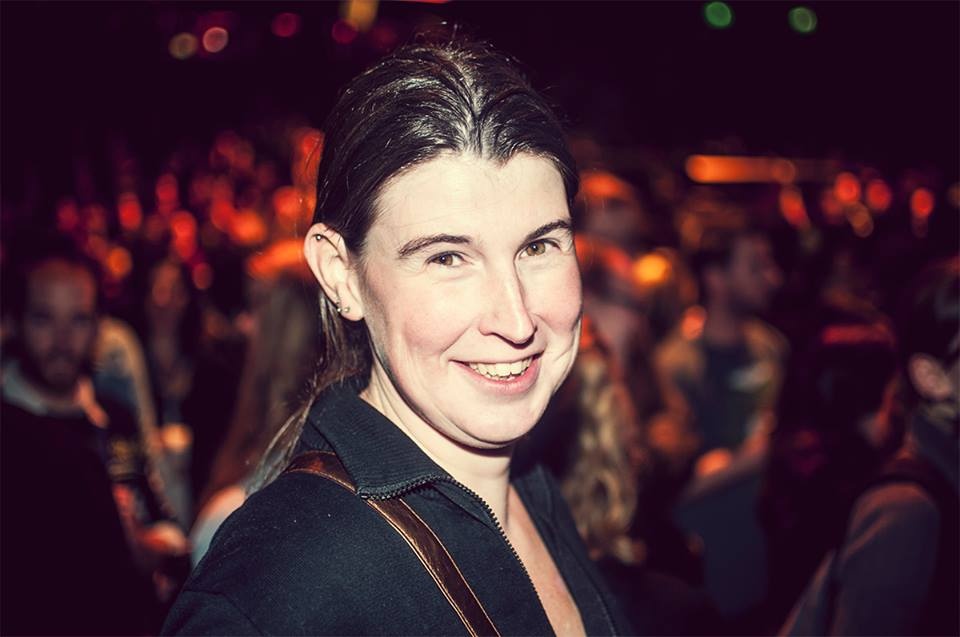 How long have you been a fan? Since the beginning!
I’m looking for the biggest fan of Hanson. Are you? Well, I have all the CDs. And I’m all once traveled to America for a concert.
Cool, right? No idea … It was somewhere in America.
That’s okay. What makes Hanson so special? They have been so long engaged, and they still make hits. That’s very clever. And of course, that the brothers huh!
Did you used to secretly that Taylor was a girl? No. That is really a typical question men say. 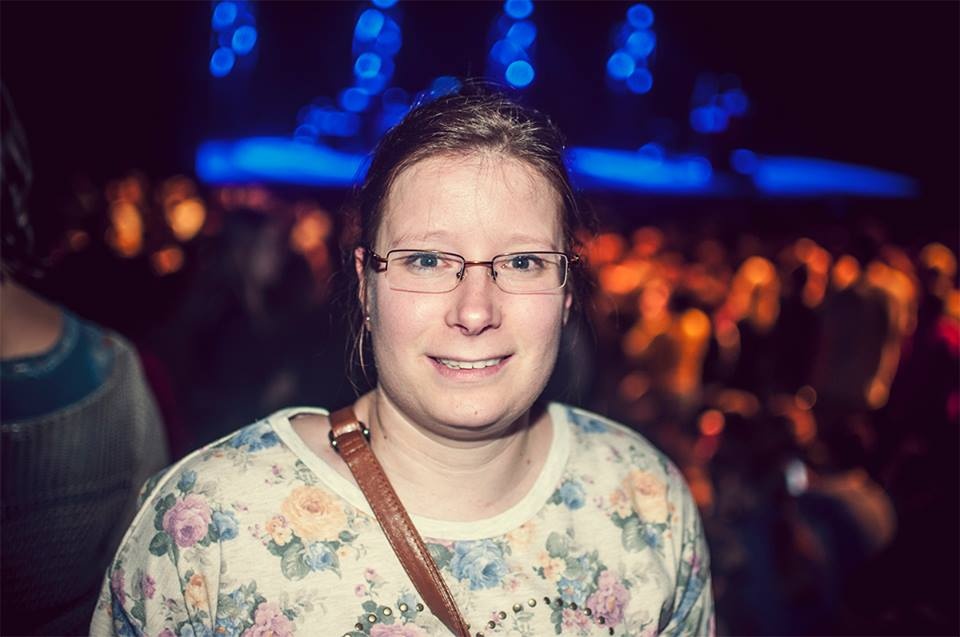 Ha! Who is your favorite Hanson? All of them! But if I had to choose, Zac.
What is your best memory of the band? That should be the concert in Manchester. That was just perfect. There were only nice people. Tonight is the first time I see them in the Netherlands!
Tell me what Hanson has that no other band? Well, they write all their own music. I think that pretty. And the melodies are just beautiful. The texts that matter. And they are now on their own label, making them completely autonomous. I find that particularly.
Well, I read that there is still a lot of brothers and sisters Hanson, why should that not actually join? No idea. Maybe they are not musically? 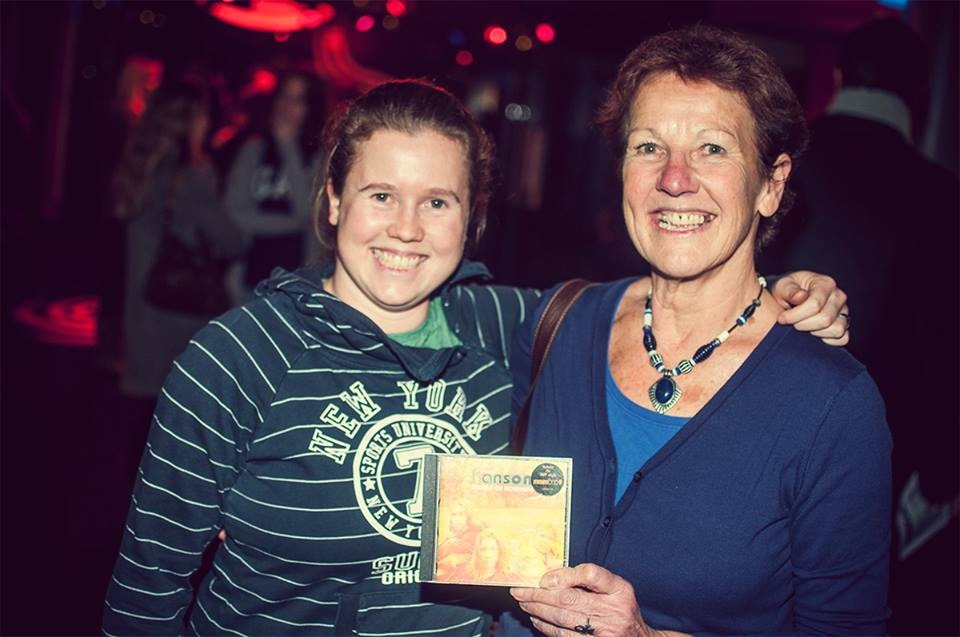 Ha, you are very happy! I’m looking for the biggest fan of Hanson, I’m good here? Well, a little. I used to really love them.
What song do you hope they play? And you can not say MMMBop. Haha, okay. Then I choose uh, Lucy.
Why? That’s the only title I can think of. As
What Hanson you would like to get married? I have no preference.
Of course not! Not so modest. Ahead, the smallest.
Well not going to pretend you do not know their names. There is one called Zac. And the other is called Taylor. Number three, I do not know. Equally
Isaac course. I think you would rather go to another concert much, is not it? Haha, yes to be fine. It would be nicer if Robbie Williams was here. Or Sting.

Hi ! Why are you here ? Hanson !
Ah yes, of course . What does MMMBop for you ? What I think it means , or what it means to me ?
The last one. Oh, it’s really the beginning of everything . It introduced me to the music that I like .
Have you seen them live more often ? Let me think. This tour I’ve seen them three times . Tomorrow I ‘m going to still show in Cologne . The first time was in 2011 , in London. When they played five consecutive evenings a full album . And then also at Pinkpop . And last year in Tulsa , Oklahoma , where the boys come .
Wow! I was looking for the biggest fan , I think I’ll take pleasure here . But why are you so very back of the room? Oh , that stuff out front . Pulls me Since they are so hysterical. I come for the music , nothing else.
What do you expect from the concert ? It is very energetic. There are plenty of people , so I hope for a topshow .
Is not it boring every so often to see them? Three times a performance of the same tour ? No! They play a different set every night . And sometimes they even play requests from the public.
Okay . Last question , Why Hanson ? What makes them so special? They are just very down to earth , and they are still grateful for the fans . They are always very nice. They have no delusions of grandeur or something . I try to live themselves.