MMMBop pop band Hanson to tour the UK this November 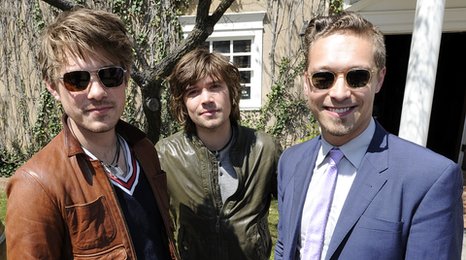 Hanson have promised their new tour will offer fans a mixture of all their albums.

The pop band from Oklahoma are due to play several dates around England in November this year.

The group is best known for their 1997 track MMMBop which spent three weeks at number one in the UK singles chart.

The song earned the brothers Grammy nominations as well as helping them sell more than 15 million records worldwide.

The band say they’re taking different approaches to their shows in the USA and the UK.

“In the US we are doing a kind of voting, where fans are voting on the albums they want to hear,” they said.

The three brothers recently played the V Festival but wanted to make their upcoming tour accessible to all their fans, even those less familiar with their other songs.

“It has been a few years so we wanted to make sure the show worked for everyone. That if you came in you would hear a bit of a mix of all the albums.”

The full UK dates are: